Bet on the Woodward Stakes

Betting a great race like the Woodward Stakes becomes an even better wagering experience when bettors pick the right racebook. We’ve studied the rebates, sign-up bonuses, and wagering platforms offered by each of the major racebooks listed below.

Win or lose, Bovada sweetens the deal by issuing weekly rebates for all your plays. Straight wagers like win, place, and show receive a 3% rebate, and you’ll earn a whopping 5% rebate on all exotic wagers. Bovada also offers a generous 50% sign-up bonus for all new users up to $250 for use on prop and head to head bets.

Frosted (1-2 in the morning line) has enjoyed a solid campaign in 2016, and comes into the Woodward looking for his third straight win, after blowing away the field in the Metropolitan Handicap, and then prevailing over a much tougher group last out in the Whitney Stakes. He'll likely be sitting just off the pace here and will be moving to the front as they turn for home. From there, it might be up to the expected early leader in Bradester (6-1) to try and hold on for as long as he can, with a group likely to include Shaman Ghost (12-1) and Samraat (10-1) all coming to try and get a piece. Shaman Ghost took the Brooklyn Handicap two starts back and then faltered to fifth last out in the Suburban Handicap and will get first-time lasix. Samraat almost always shows up to run, but has not had a win in quite awhile.

Since its inaugural running in 1954, the Woodward Stakes has been a destination race for trainers and owners often serving to solidify or establish the credentials of the best older horses in training. Since the inception of Breeder’s Cup Classic in 1984, a total of four Woodward Stakes winners went on to claim the Classic with Curlin, the 2007 Breeder’s Cup Classic Winner, claiming the Woodward the following year. Rachel Alexandra won the Woodward in 2009 becoming the first filly in the history of the race to do so – an even more astounding feat for a three year-old.

In 2011, Havre de Grace, trained by Larry Jones became the second filly to win the Woodward. She would go on to be the favorite in the Breeder’s Cup Classic that year, but finished fourth to Drosselmeyer. Despite the loss, Havre de Grace would go on to claim 2011 Horse of the Year Honors. In total, Woodward winners have claimed 17 Horse of the Year awards – the most prestigious honor in racing.   Five horses – Kelso, Forego, Cigar, Slew o’ Gold, and Sword Dancer – have won multiple Woodward Stakes with Cigar, Slew o’ Gold and Sword Dancer twice, Kelso thrice, and Forego a record four consecutive winning efforts from 1974-77. 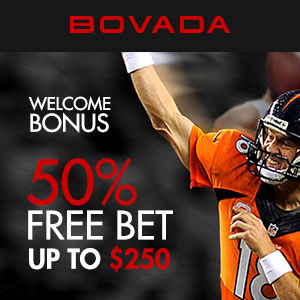